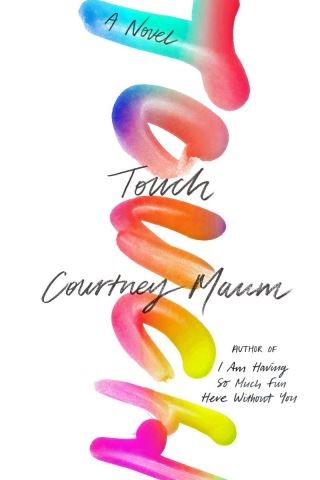 “[A] warm-hearted tale of a woman reconfiguring her priorities.”—O, The Oprah Magazine

A heartfelt, hilarious tale of a famous trend forecaster who suddenly finds herself at odds with her own predictions...and her own heart.

Estranged from her family, best friends with her driverless car, partnered with a Frenchman who believes in post-sexual sex, international trend forecaster Sloane Jacobsen is the perfect candidate to lead tech giant Mammoth's conference for affluent consumers who prefer virtual relationships to the real thing. But early in her contract, Sloane starts picking up on cues that physical intimacy is going to make a major comeback, leaving many--Sloane included--to question if the forty-year-old's intutions are as dependable as they once were. And if Sloane goes rogue against her all-powerful employer, will she be able to let in the love and connectedness she's long been denying herself?

A poignant but amusing call to arms that showcases Courtney Maum's signature humor, Touch is a moving investigation into what it means to be an individual in a globalized world.

Courtney Maum: Courtney Maum is the author of the novels Touch and I Am Having So Much Fun Here Without You, and the chapbook “Notes from Mexico.” She has been published in outlets such as the New York Times; Tin House; O, The Oprah Magazine; and Buzzfeed; and has worked as a trend forecaster, a fashion publicist, and a party promoter for Corona Extra in the past. She currently works as a makeup shade and product namer from her home in Litchfield County, CT where she founded the interdisciplinary retreat The Cabins.