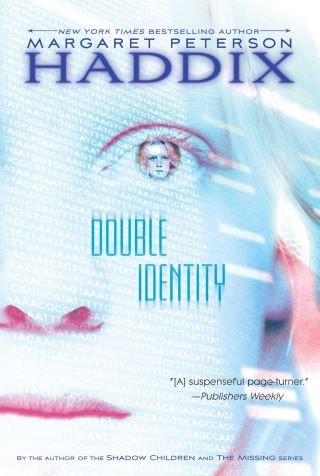 So my only protection is a kindergarten teacher and a ninety-eight-pound female minister....And they don't even believe I'm in danger.
As Bethany approaches her thirteenth birthday, her parents begin acting more oddly than usual: Her mother cries constantly, and her father barely lets Bethany out of his sight. Then one morning he hustles the entire family into the car, drives across several state lines -- and leaves Bethany with an aunt she never knew existed. Bethany has no idea what's going on. She's worried that her mom and dad are running from some kind of trouble, but she can't find out because they won't tell her where they are going.
Bethany's only clue is a few words she overheard her father tell her aunt Myrlie: "She doesn't know anything about Elizabeth." But Aunt Myrlie won't tell Bethany who Elizabeth is, and she won't explain why people in her small town react to Bethany as if they've seen a ghost. The mystery intensifies when Bethany gets a package from her father containing four different birth certificates from four states, with four different last names -- and thousands of dollars in cash. And when a strange man shows up asking questions, Bethany realizes she's not the only one who's desperate to unravel the secrets of her past.
In this exhilarating thriller, Margaret Peterson Haddix crafts a taut story so full of twists and turns, readers will be gripped until the startling conclusion.

Margaret Peterson Haddix: Margaret Peterson Haddix is the author of many critically and popularly acclaimed YA and middle grade novels, including the Children of Exile series, The Missing series, the Under Their Skin series, and the Shadow Children series. A graduate of Miami University (of Ohio), she worked for several years as a reporter for The Indianapolis News. She also taught at the Danville (Illinois) Area Community College. She lives with her family in Columbus, Ohio. Visit her at HaddixBooks.com.