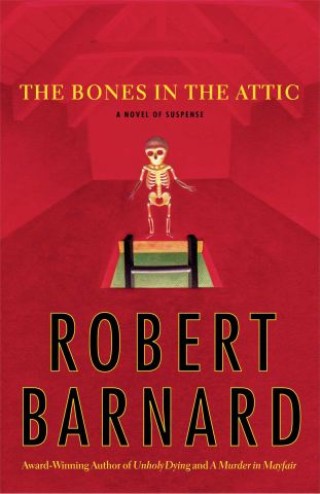 The Bones in the Attic

Matt Harper, a television and radio personality and a former professional soccer player, has just bought Elderholm, an old stone house in Leeds in the north of England. It's ideal for him, his partner Aileen, and her three children. Even the attic space seems just right -- the perfect place for a game room or a children's retreat.
But as Matt and his decorator tour the property, they find something that will put the attic off-limits for a long time to come: a tiny child's skeleton that has clearly been there for years. What happened to the child, and how did its skeleton get into the attic?
Detective Sergeant Charlie Peace and his forensic team think the child's remains have been in the attic for thirty years. Thirty years? Matt remembers that time. It was 1969 and he was seven years old. He was in the neighborhood, spending the summer with an aunt. That was the summer that Elderholm's owner left her house empty when she went to visit a daughter in Australia.
What happened that summer? What memories lie deep in Matt's consciousness? Where are the other children from that summer who now, of course, are adults? Who killed the little child and why was he or she never reported missing? And who has now written to Matt, assuring him that he had no part in what occurred, that he had gone home to London before it happened?
As Matt struggles to recover his memory of that strange summer, both he and Charlie Peace ponder what it means to love and lose a child and how one thoughtless decision can change a life forever.
Richly evocative and deeply poignant, The Bones in the Attic is crime writing at its best from one of the great contemporary masters of mystery.