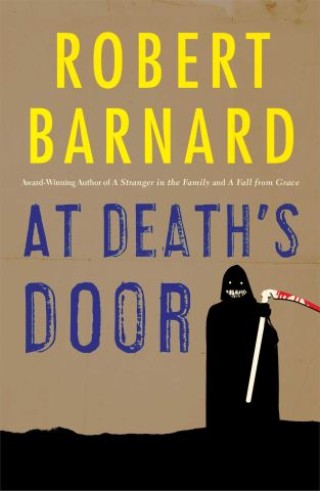 In Barnard’s smoothly skilled sixteenth mystery, Caroline and Roderick Cotterel live a quiet life in Sussex with their grown, learning-disabled daughter and Roderick’s senile, bedridden father Benedict, a once-famous and notorious novelist. But when Roderick’s half-sister Cordelia asks to visit and look through Benedict’s papers, things liven up. Their father’s illegitimate daughter, she is writing a biography of her mother, Dame Myra Mason, a renowned actress whose rancorous break-up with their father had been much publicized. The biography will be more in the line of an expose, Cordelia having been emotionally abused by her mother, and no one is surprised when Dame Myra herself shows up to put a stop to it. When she is murdered in the local pub that night a host of possible suspects, led of course by Cordelia, is revealed. After some admirable and intuitive sleuthing by Chief Inspector Meredith identifies the murderer and accomplice, a secret long harbored by Caroline and Roderick is also disclosed. Appealing and distasteful characters alike make this another highly entertaining diversion from Barnard.