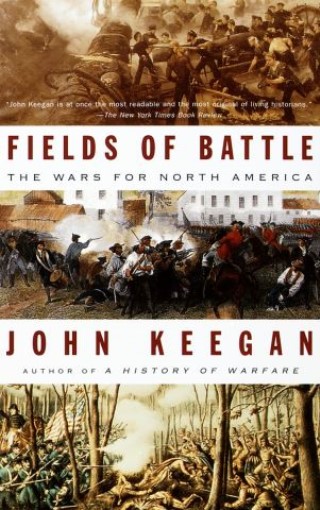 The Wars for North America

At once a grand tour of the battlefields of North America and an unabashedly personal tribute to the military prowess of an essentially unwarlike people, Fields of Battle spans more than two centuries and the expanse of a continent to show how the immense spaces of North America shaped the wars that were fought on its soil. of photos.

John Keegan: John Keegan’s books include The Iraq War, Intelligence in War, The First World War, The Battle for History, The Face of Battle, War and Our World, The Masks of Command, Fields of Battle, and A History of Warfare. He was the defense editor of The Daily Telegraph (London). He lived in Wiltshire, England, until his death in 2012.