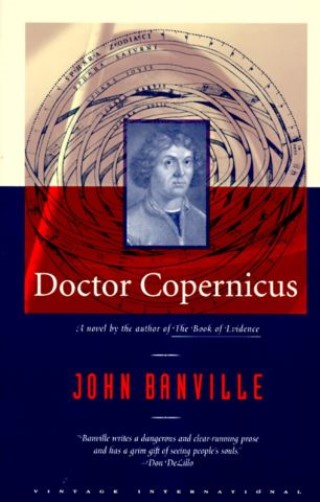 Sixteenth century Europe is teeming with change and controversy: wars are being waged by princes and bishops and the repercussions of Luther are being felt through a convulsing Germany. In a remote corner of Poland a modest canon is practicing medicine and studying the heavens, preparing a theory that will shatter the medieval view of the universe. In this astonishing work of historical imagination, John Banville offers a vivid portrait of a man of painful reticence, haunted by a malevolent brother and baffled by the conspiracies that rage around him and his ideas. For in a world that is equal parts splendor and barbarism, an obscure cleric who seeks "the secret music of the universe" poses a most devastating threat.

John Banville: John Banville was born in Wexford, Ireland, in 1945. He has been the recipient of the James Tait Black Memorial Prize (1976), the Guardian Fiction Prize (1981), the Guinness Peat Aviation Book Award (1989), and the Lannan Literary Award for Fiction (1997). He has been both shortlisted for the Booker Prize (1989) and awarded the Man Booker Prize (2005) as well as nominated for the Man Booker International Prize (2007). Other awards include the Franz Kafka Prize (2011), the Austrian State Prize for European Literature (2013), and the Prince of Asturias Award for Literature (2014). He lives in Dublin.