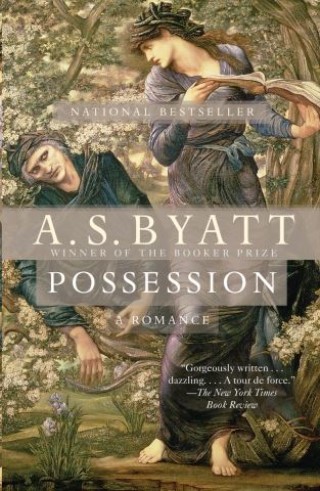 Hailed by The New York Times Book Review as "a gifted observer, able to discern the exact details that bring whole worlds into being" and "a storyteller who could keep a sultan on the edge of his throne for a thousand and one nights," A. S. Byatt writes some of the most engaging and skillful novels of our time. Time magazine calls her "a novelist of dazzling inventiveness."

Possession, for which Byatt won England's prestigious Booker Prize, was praised by critics on both sides of the Atlantic when it was first published in 1990. "On academic rivalry and obsession, Byatt is delicious. On the nature of possession—the lover by the beloved, the biographer by his subject—she is profound," said The Sunday Times (London). The New Yorker dubbed it "more fun to read than The Name of the Rose . . . Its prankish verve [and] monstrous richness of detail [make for] a one-woman variety show of literary styles and types." The novel traces a pair of young academics—Roland Michell and Maud Bailey—as they uncover a clandestine love affair between two long-dead Victorian poets. Interwoven in a mesmerizing pastiche are love letters and fairytales, extracts from biographies and scholarly accounts, creating a sensuous and utterly delightful novel of ideas and passions.

With an Introduction by the author that describes the novel's origins and its twenty-year gestation, this Modern Library edition is a handsome keepsake for fans of Possession—new and old alike.

A. S. Byatt: A. S. Byatt is the author of The Biographer's Tale, Elementals, and the Booker Prize-winning novel Possession, among other books. She lives in London.