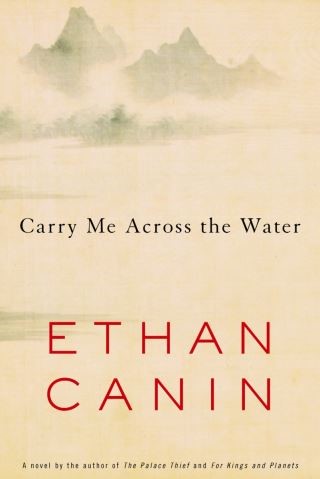 Carry Me Across the Water

“Take the advice of no one,” August Kleinman’s mother says to him while August is still a young boy in Germany, and with these words to guide him, he escapes Nazi Germany and goes on to build a fortune, a family, and life on his own terms in America. At the defining moments that reveal character and shape fate — a shocking encounter with a Japanese soldier in a cave during World War II, the audacious decision to start a brewery in Pittsburgh and a violent reaction against threats to its independent success, a vacation in Barbados, during which his beloved wife mysteriously wanders off, the birth of his grandson — August’s instincts are determinative in a way that illuminates how lives unfold at the deepest levels. This is a brilliant, suspenseful, surprising novel by one of America’s finest writers. Publisher’s Weekly called Ethan Canin’s For Kings and Planets “Masterful … a classic parable of the human condition,” and the same can be said about Carry Me Across the Water.

Ethan Canin: Ethan Canin is the author of For Kings and Planets, The Palace Thief, Blue River, and Emperor of Air. He is a graduate of Harvard Medical School and on the faculty of the University of Iowa’s Workshop. He lives in California and Iowa.