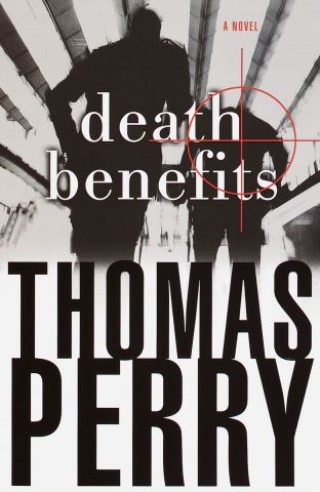 When gruff and intimidating security consultant Max Stillman appears without warning in the San Francisco office of McClaren Life and Casualty and begins asking questions and scrutinizing files, the employees can't help wondering just which of them he's been hired to investigate. The first to find out is young data analyst John Walker when Stillman's mysterious investigation leads out of town, he announces he's taking Walker with him.

Walker has been picked because a colleague with whom he once had a love affair has disappeared after paying a very large death benefit to an impostor. Since Walker knew her intimately, Stillman believes he's likely to be useful in finding and convicting her. But because he knows her so well, Walker is convinced that she is innocent, and that he must join the pursuit so that he can defend her. These conflicting purposes unite Walker and Stillman in an urgent search that propels them across the country and into unexpected dangers. The trail ends in a deceptively peaceful corner of the New Hampshire countryside, where they find themselves trapped by a deadly conspiracy that's much bigger, older, and more evil than they could ever have imagined.

Martin Cruz Smith declared a previous Perry novel as beautifully crafted as a good automatic weapon. In Death Benefits, Perry gives us another stunning suspense story with writing that is, as the Los Angeles Times said, as sharp as a sushi knife.

Thomas Perry: Thomas Perry won an Edgar for The Butcher's Boy, and Metzger's Dog was one of The New York Times' Notable Books of the Year. His other books include The Face-Changers, Shadow Woman, Dance for the Dead, and Vanishing Act. He lives in Southern California with his wife and two daughters.