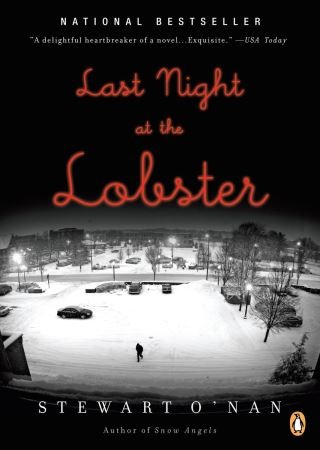 Last Night at the Lobster

A frank and funny yet emotionally resonant tale set within a vivid work day world, from the author of Emily, Alone and Henry, Himself--named a Best Book of the Year by The Washington Post, the San Francisco Chronicle, and Entertainment Weekly

A Finalist for the Los Angeles Times Book Prize

Perched in the far corner of a run-down New England mall, the Red Lobster hasn't been making its numbers and headquarters has pulled the plug. But manager Manny DeLeon still needs to navigate a tricky last shift--just four days before Christmas and in the midst of a fierce blizzard--with a near-mutinous staff and the final onslaught of hungry retirees, lunatics, and holiday office parties. All the while, he's wondering how to handle the waitress he's still in love with, his pregnant girlfriend, and where to find the present that will make everything better.

Stewart O'Nan has been called "the bard of the working class," and Last Night at the Lobster is a poignant yet redemptive look at what a man does when he discovers that his best might not be good enough.