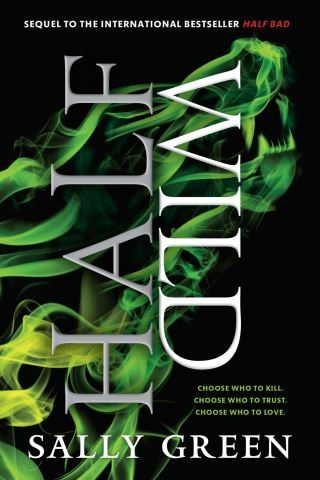 The powerful and riveting second book in the Half Bad trilogy.

In a modern-day England where two warring factions of witches live amongst humans, seventeen-year-old Nathan is an abomination, the illegitimate son of the world's most powerful and violent witch. Nathan is hunted from all sides: nowhere is safe and no one can be trusted. Now, Nathan has come into his own unique magical Gift, and he's on the run--but the Hunters are close behind, and they will stop at nothing until they have captured Nathan and destroyed his father.

The Half Bad trilogy has been translated into more than 50 languages. TIME Magazine calls it "highly entertaining and dangerously addictive." Kate Atkinson says it's "brilliant and utterly compelling." London's Daily Telegraph has named author Sally Green "the new J.K. Rowling." Discover the story that readers all over the world are raving about.

Sally Green: Sally Green lives in north-west England. She has had various jobs and even a profession but in 2010 she discovered a love of writing and now just can’t stop. She used to keep chickens, makes decent jam, doesn't mind ironing, loves to walk in Wales even when it's raining, and will probably never jog again. She really ought to drink less coffee. Half Bad is her first novel.