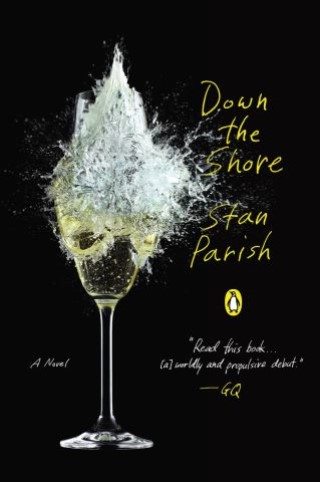 “[Parish] has got chops, and a feel for dialogue, and is a talent in the making.” —Bill Buford, The Wall Street Journal

An exhilarating novel of reinvention, friendship, and ambition—from the Jersey Shore to St. Andrews in Scotland

Tom Alison has it all within his reach. He’s smart, handsome, and about to graduate from a prestigious East Coast boarding school. After that it’s off to the Ivy League and then a job on Wall Street, alongside the power brokers he’s been watching from a distance as the working-class son of a single mom. And then the very life his mother worked so hard to escape catches up with him when he gets busted selling drugs.

Lucky for Tom, there are places for boys and girls with ruined reputations. First, he returns to his roots on the Jersey Shore, reconnecting with a hard-living crew and cementing a bond with his new friend Clare Savage—the son of a recently disgraced financier. The two boys spend their summer surfing and partying. When fall arrives, they head to St. Andrews University in Scotland, a haven for Americans in need of a second chance and a favorite of the British rul­ing class. Tom and Clare escape to Scotland together, but it’s Tom who discovers a world shaped by even more powerful forces of greed and am­bition than the one he left behind. Sucked into a maelstrom of sex, drugs, and status, Tom learns what it takes to break the rules—and how we can be broken by them.

Driven by a cast of young men and women living in an age of riotous prosperity, Down the Shore is an unflinching and unforgettable story of youth steeped in excess. Stan Parish has crafted a gripping novel that masterfully captures the lives of fallen financiers and the people they bring down with them—and reminds us that not even an ocean can separate us from our fam­ily, our friends, or our past.