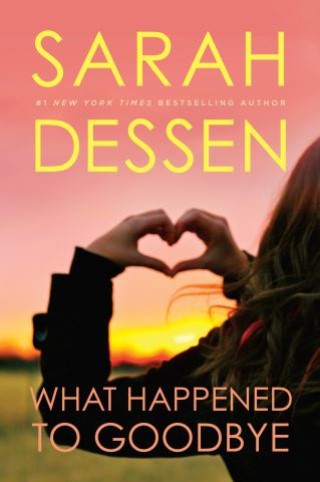 What Happened to Goodbye

In the past few years, Mclean has pretended to be so many different people that she hardly remembers who she really is anymore.

The adorable guy next door might be able to help her figure it out.

But is she ready for it?

“A cut above” —People

Also by Sarah Dessen:
Along for the Ride
Dreamland
Just Listen
Keeping the Moon
Lock and Key
The Moon and More
Someone Like You
That Summer
This Lullaby
The Truth About Forever

Sarah Dessen: Sarah Dessen is the author of thirteen novels, which include the New York Times bestsellers The Moon and More, What Happened to Goodbye, Along for the Ride, Lock and Key, Just Listen, The Truth About Forever, and This Lullaby. Her first two books, That Summer and Someone Like You, were made into the movie How to Deal.

Dessen’s books are frequently chosen for the Teens’ Top Ten list and the list of Best Fiction for Young Adults. They have been translated into twenty-five languages. Sarah Dessen is the recipient of the 2017 Margaret A. Edwards Award from the Young Adult division of the American Library Association.