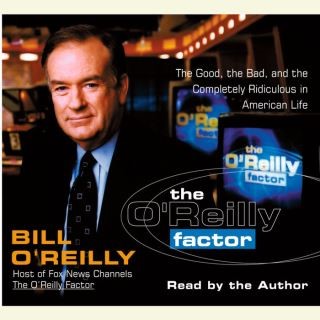 The Good, the Bad, and the Completely Ridiculous in American Life

Now four seasons strong, Bill O’Reilly’s nightly cable news program, “The O’Reilly Factor,” is one of the hottest shows on the air. In book form, The O’Reilly Factor has sold over a million copies and spent fourteen weeks at the top of the New York Times bestseller list. Obviously, Bill O'Reilly has made his mark. His blunt, ironic, no-holds-barred style has earned him a devoted audience–friends and foes alike–who send him five thousand letters every week. And with the wit and intelligence that have made him one of the most talked-about stars in both television and publishing, O’Reilly continues to identify what’s right, what’s wrong, and what’s absurd in the political, social, economic, and cultural life of America.