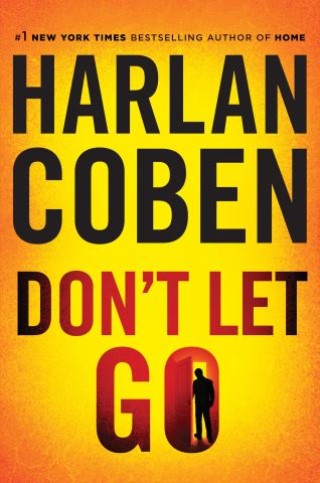 With unmatched suspense and emotional insight, Harlan Coben explores the big secrets and little lies that can destroy a relationship, a family, and even a town in this powerful thriller.

Suburban New Jersey Detective Napoleon “Nap” Dumas hasn't been the same since senior year of high school, when his twin brother Leo and Leo’s girlfriend Diana were found dead on the railroad tracks—and Maura, the girl Nap considered the love of his life, broke up with him and disappeared without explanation. For fifteen years, Nap has been searching, both for Maura and for the real reason behind his brother's death. And now, it looks as though he may finally find what he's been looking for.

When Maura's fingerprints turn up in the rental car of a suspected murderer, Nap embarks on a quest for answers that only leads to more questions—about the woman he loved, about the childhood friends he thought he knew, about the abandoned military base near where he grew up, and mostly about Leo and Diana—whose deaths are darker and far more sinister than Nap ever dared imagine.

Harlan Coben: With more than seventy million books in print worldwide, Harlan Coben is the internationally bestselling author of thirty novels, including the #1 New York Times bestsellers Home, Fool Me Once, The Stranger, Missing You, Six Years, Stay Close, Live Wire, Caught, Long Lost, and Hold Tight, as well as the Myron Bolitar series and a series aimed at young adults featuring Myron's nephew, Mickey Bolitar. His books are published in forty-three languages around the globe and have been number one bestsellers in more than a dozen countries. The winner of the Edgar, Shamus, and Anthony Awards, he lives in New Jersey.