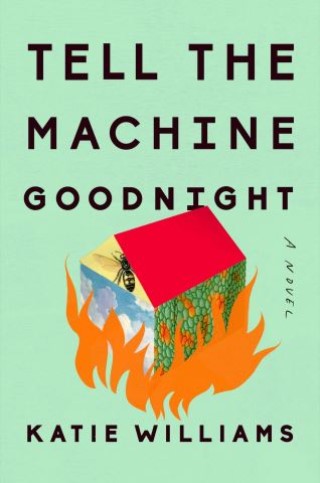 "Sci-fi in its most perfect expression…Reading it is like having a lucid dream of six years from next week, filled with people you don't know, but will." —NPR

"[Williams’s] wit is sharp, but her touch is light, and her novel is a winner." – San Francisco Chronicle

Smart and inventive, a page-turner that considers the elusive definition of happiness.

Pearl's job is to make people happy. As a technician for the Apricity Corporation, with its patented happiness machine, she provides customers with personalized recommendations for greater contentment. She's good at her job, her office manager tells her, successful. But how does one measure an emotion?

Meanwhile, there's Pearl's teenage son, Rhett. A sensitive kid who has forged an unconventional path through adolescence, Rhett seems to find greater satisfaction in being unhappy. The very rejection of joy is his own kind of "pursuit of happiness." As his mother, Pearl wants nothing more than to help Rhett--but is it for his sake or for hers? Certainly it would make Pearl happier. Regardless, her son is one person whose emotional life does not fall under the parameters of her job--not as happiness technician, and not as mother, either.

Told from an alternating cast of endearing characters from within Pearl and Rhett's world, Tell the Machine Goodnight delivers a smartly moving and entertaining story about the advance of technology and the ways that it can most surprise and define us. Along the way, Katie Williams playfully illuminates our national obsession with positive psychology, our reliance on quick fixes. What happens when these obsessions begin to overlap? With warmth, humor, and a clever touch, Williams taps into our collective unease about the modern world and allows us see it a little more clearly.

Katie Williams: Katie Williams's short fiction has appeared in The Atlantic, American Short Fiction, Prairie Schooner, Subtropics, and elsewhere. Williams earned her MFA from the Michener Center for Writers at the University of Texas at Austin. She teaches writing and literature at Academy of Art University in San Francisco. She is the author of two young adult novels, The Space Between Trees and Absent. This is her first novel for adults.