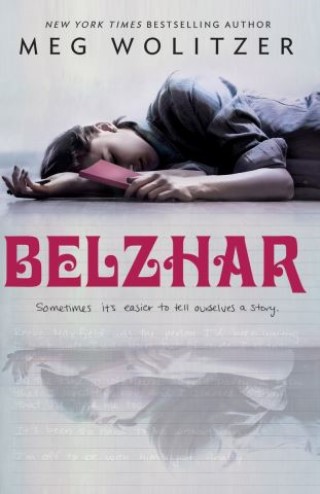 “Expect depth and razor sharp wit in this YA novel from the author of The Interestings.” – Entertainment Weekly

“Basically everything Meg Wolitzer writes is worth reading, usually over and over again, and her YA debut . . . is no exception.” —TeenVogue.com

If life were fair, Jam Gallahue would still be at home in New Jersey with her sweet British boyfriend, Reeve Maxfield. She’d be watching old comedy sketches with him. She’d be kissing him in the library stacks. She certainly wouldn’t be at The Wooden Barn, a therapeutic boarding school in rural Vermont, living with a weird roommate, and signed up for an exclusive, mysterious class called Special Topics in English.But life isn’t fair, and Reeve Maxfield is dead. Until a journal-writing assignment leads Jam to Belzhar, where the untainted past is restored, and Jam can feel Reeve’s arms around her once again. But there are hidden truths on Jam’s path to reclaim her loss.

Meg Wolitzer: Meg Wolitzer’s novels include The Interestings; The Uncoupling; The Ten-Year Nap; The Position; The Wife; and, for young readers, The Fingertips of Duncan Dorfman. Wolitzer’s short fiction has appeared in The Best American Short Stories and The Pushcart Prize. The Interestings was named a best book of the year by Entertainment Weekly, TIME magazine, and The Chicago Tribune, and named a notable book by The New York Times Book Review and The Washington Post. Wolitzer lives in New York City with her family.