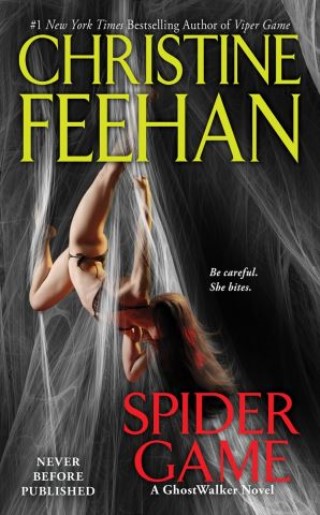 In this explosive GhostWalker novel by #1 New York Times bestselling author Christine Feehan, a trained killer meets his match in a woman whose very kiss can stop a heart.

The Cajun dive in the middle of the godforsaken swamps wasn’t exactly Trap Dawkins’ idea of fun. But the GhostWalker wasn’t there for a good time. He was looking for her. Cayenne. It’s where she found her victims. Poor suckers. Then again, who wouldn’t want to leave a place like this with a woman like her?

It’s not Cayenne’s fault. Locked up, experimented on and never knowing kindness, she was bred this way—with a heart of pure venom. Trap understands her. He survived his own dark past and he shares her desire for getting even. But now Trap’s greatest danger is Cayenne herself. Because what’s inside her is hard to control—especially when it’s aroused by a lover as reckless as Trap.