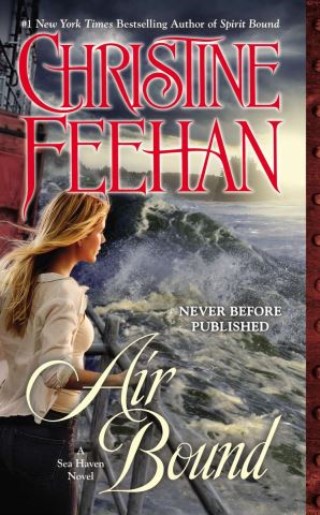 Get swept away by the third thrilling Sisters of the Heart novel from #1 New York Times bestselling author Christine Feehan.

On the shores of Sea Haven, six women touched by great loss have come together in a sisterhood strengthened by the elements—a bond each will need as new love and danger enter their lives...

For as far back as she can remember, Airiana Ridell has always been aware of her extraordinary gift. She can intuit revealing and illuminating “patterns” in the air around her, an ability which led to her placement in a secret government training facility when she was a child. But everything changed after her mother was murdered...

Airiana fled the program, but she couldn’t outrun the desperate members of a shadowy cabal who want her, who need her, who will kill to get her. Kidnapped and held aboard a ship bound for dangerous seas, her only chance for rescue is Maxim Prakenskii. He has his reasons for helping her, but he isn’t about to reveal them to Airiana. Not yet. Not as the two are drawn together as moth to flame. Not when there are so many secrets yet untold that could shatter the quaint community of Sea Haven and all who reside there.