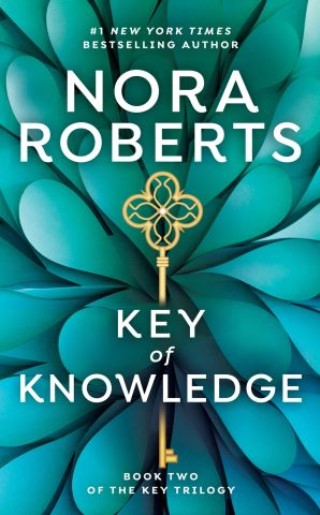 #1 New York Times bestselling author Nora Roberts unlocks the dreams of a woman on a quest for the truth in her second Key Trilogy novel.

Dana Steele has always found her greatest passion in books. But now her boss is making her job as a librarian a living hell. Luckily, she now has a Plan B…

High on a hill overlooking the town of Pleasant Valley, Pennsylvania, sits the Warrior’s Peak estate. It’s where Dana was invited to meet Malory Price and Zoe McCourt—and where they learned that they were destined to find three keys to unlock a box holding the souls of three mythical demigoddesses: one an artist, one a bard, and one a warrior.

With the promise of a million dollars each dangled before them, the women couldn’t refuse. And as Malory found the first key, they formed a fast friendship and decided to go into business together. For Dana, that meant her dream of owning a bookstore was about to come true.

And now, as Dana finds herself on the threshold of some major life changes, it’s her turn to find a key. She has four weeks to unravel a riddle involving her past, present, and future, and to find the truth hidden among deception and lies—or succumb to her worst nightmare.