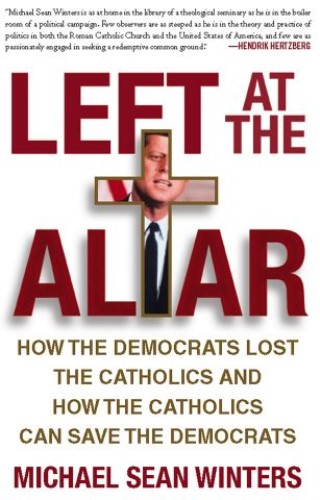 Left at the Altar

In 1960, Democrats and Catholics united to elect John F. Kennedy, America's first Catholic president. As we approach the 2008 presidential election, the Democratic party is struggling to secure Catholic votes. For most of the twentieth-century, however, the Catholic vote was solidly Democratic. In Left at the Altar, Michael Sean Winters chronicles the rise and fall of this vital alliance, and offers compelling arguments for its revival. For the Democrats, the stakes could not be higher: The explosive growth of the Latino population will make the Catholic vote decisive in the twenty-first century. The stakes are high for Catholics, too: In their defection to the Republican party, Catholics have drifted from their traditional advocacy of core values including peace and social justice.