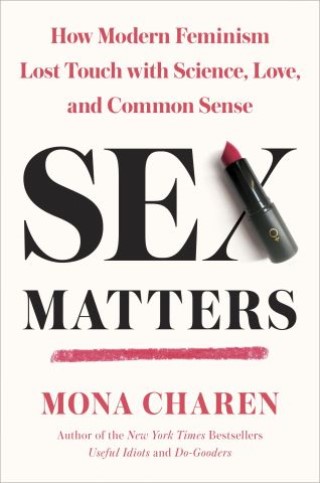 Author of the New York Times bestseller Useful Idiots and popular columnist Mona Charen takes a close, reasoned look at the aggressive feminist agenda undermining the success and happiness of men and women across the country

In this smart, deeply necessary critique, Mona Charen unpacks the ways feminism fails us at home, in the workplace, and in our personal relationships--by promising that we can have it all, do it all, and be it all. Here, she upends the feminist agenda and the liberal conversation surrounding women's issues by asking tough and crucial questions, such as:
•  Did women's full equality require the total destruction of the nuclear family?
•  Did it require a sexual revolution that would dismantle traditions of modesty, courtship, and fidelity that had characterized relations between the sexes for centuries?
•  Did it cause the broken dating culture and the rape crisis on our college campuses?
•  Did it require war between the sexes that would deem men the "enemy" of women?
•  Have the strides of feminism made women happier in their home and work life. (The answer is No.)

Sex Matters tracks the price we have paid for denying sex differences and stoking the war of the sexes--family breakdown, declining female happiness, aimlessness among men, and increasing inequality. Marshaling copious social science research as well as her own experience as a professional as well as a wife and mother, Mona Charen calls for a sexual ceasefire for the sake of women, men, and children.

Mona Charen: Mona Charen, one of the most prominent conservative writers in the country, is the author of the New York Times bestseller Useful Idiots. She writes a critically acclaimed syndicated column that appears in more than 200 newspapers and is a former writer for National Review. She appears regularly on radio and television news shows and is a former panelist of CNN's Capital Gang.