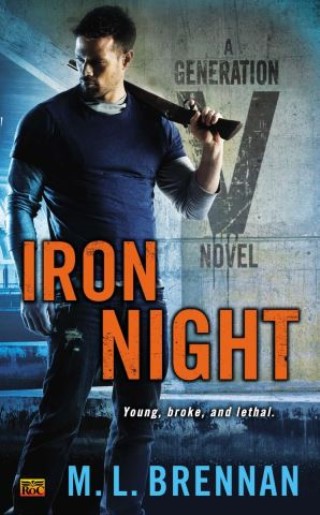 Underemployed by day. Undead by night.

Underachieving film theory graduate and vampire Fortitude Scott may be waiting tables at a snooty restaurant run by a tyrannical chef who hates him, but the other parts of his life finally seem to be stabilizing. He's learning how to rule the Scott family territory, hanging out more with his shapeshifting friend Suzume Hollis, and has actually found a decent roommate for once.

Until he finds his roommate’s dead body.

The Scott family cover-up machine swings into gear, but Fort is the only person trying to figure out who (or what) actually killed his friend. His hunt for a murderer leads to a creature that scares even his sociopathic family, and puts them all in deadly peril.

Keeping secrets, killing monsters, and still having to make it to work on time? Sometimes being a vampire really sucks.

M.L. Brennan: M. L. Brennan lives in Connecticut with her husband and three cats. Holding a master’s degree in fiction, she teaches basic composition to college students. After spending years writing and publishing short work in other genres, Brennan decided to branch out and write the kind of book that she loved to read, resulting in Generation V, her first full-length work of urban fantasy.