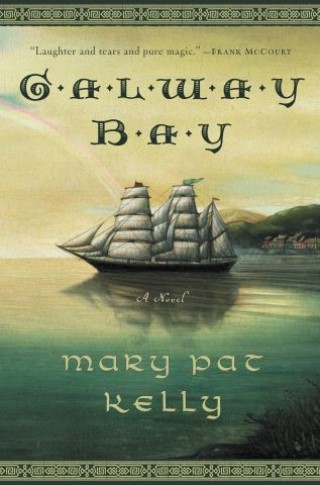 In the bestselling tradition of Frank Delaney, Colleen McCullough, and Maeve Binchy comes a poignant historical family saga set against the Famine.
In a hidden where fishermen and tenant farmers find solace in their ancient faith, songs, stories, and communal celebrations, young Honora Keeley and Michael Kelly wed and start a family. Because they and their countrymen must sell both their catch and their crops to pay exorbitant rents, potatoes have become their only staple food.

But when blight destroys the potatoes three times in four years, a callous government and uncaring landlords turn a natural disaster into The Great Starvation that will kill one million. Honora and Michael vow their children will live. The family joins two million other Irish refugees--victims saving themselves--in the emigration from .

Danger and hardship await them in . Honora, her unconventional sister Máire, and their seven sons help transform from a frontier town to the "City of the Century." The boys go on to fight in the Civil War and enlist in the cause of 's freedom.

Spanning six generations and filled with joy, sadness, and heroism, sheds brilliant light on the ancestors of today's forty-four million Irish Americans--and is a universal story you will never forget.