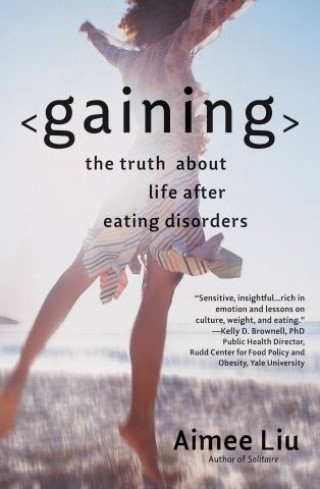 The Truth About Life After Eating Disorders

The New York Times bestselling author Aimee Liu pens an explosive, critically acclaimed exploration of life after anorexia.
Aimee Liu, who wrote Solitaire, the first-ever memoir of anorexia, in 1979, returns to the subject nearly three decades later and shares her story and those of the many women in her age group of life beyond this life-altering ailment. She has extensively researched the origins and effects of both anorexia and bulimia, and dispels many commonly held myths about these diseases with the persuasive conclusion that anorexia is a result of personality.
Key revelations include: the temperament required for eating disorders,the long-term effects of eating disorders on health, brain function, relationships and career,why some individuals recover while others relapse, and why many relapse in mid-life,Which treatment approaches are most successful long-term and how parents can tell if a child will be vulnerable to eating disorders.
Using her own experience and the stories of many recovering anorexics she's interviewed, Liu weaves together a narrative that is both persuasive in argument and compelling in personal details.