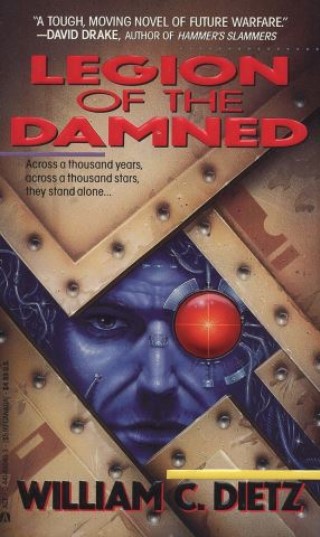 Legion of the Damned

The first novel in William C. Dietz's acclaimed Legion of the Damned series...

There is one final choice for the hopeless—the terminally ill, the condemned criminals, the victims who cannot be saved: becoming cyborg soldiers in the Legion. Their human bodies are destroyed and they are reborn as living weapons. But when aliens attack the Empire, the Legion must choose sides.

William C. Dietz: William C. Dietz is the national bestselling author of more than forty novels, some of which have been translated into German, Russian, and Japanese. His works include the Legion of the Damned novels and the Mutant Files series. He grew up in the Seattle area, served as a medic with the Navy and Marine Corps, graduated from the University of Washington, and has been employed as a surgical technician, college instructor, and television news writer, director, and producer. Prior to becoming a full-time writer, Dietz served as director of public relations and marketing for an international telephone company. He and his wife live near Gig Harbor, Washington.