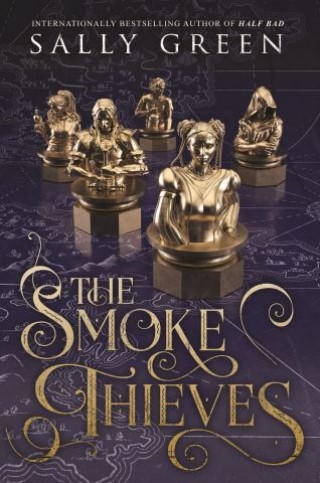 
In a land tinged with magic and a bustling trade in an illicit supernatural substance, destiny will intertwine the fates of five players:

A visionary princess determined to forge her own path.

An idealistic solider whose heart is at odds with his duty.

A streetwise hunter tracking the most dangerous prey.

A charming thief with a powerful hidden identity.

A loyal servant on a quest to avenge his kingdom.

Their lives intersect with a stolen bottle of demon smoke. As war approaches, they must navigate a tangled web of political intrigue, shifting alliances, and forbidden love in order to uncover the dangerous truth about the strangely powerful smoke that interwines their fates.

Sally Green: Sally Green lives in Cheshire, England. She has had various jobs from her first paper-round to a career as an accountant, but in 2010 she started writing a novel and that changed her life. She still runs most days despite several attempts to give it up. Follow her on Twitter @Sa11eGreen.