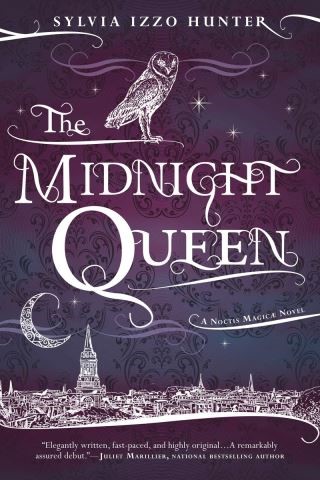 In the hallowed halls of Oxford’s Merlin College, the most talented—and highest born—sons of the Kingdom of Britain are taught the intricacies of magickal theory. But what dazzles can also destroy, as Gray Marshall is about to discover…

Gray’s deep talent for magick has won him a place at Merlin College. But when he accompanies four fellow students on a mysterious midnight errand that ends in disaster and death, he is sent away in disgrace—and without a trace of his power. He must spend the summer under the watchful eye of his domineering professor, Appius Callender, working in the gardens of Callender’s country estate and hoping to recover his abilities. And it is there, toiling away on a summer afternoon, that he meets the professor’s daughter.

Even though she has no talent of her own, Sophie Callender longs to be educated in the lore of magick. Her father has kept her isolated at the estate and forbidden her interest; everyone knows that teaching arcane magickal theory to women is the height of impropriety. But against her father’s wishes, Sophie has studied his ancient volumes on the subject. And in the tall, stammering, yet oddly charming Gray, she finally finds someone who encourages her interest and awakens new ideas and feelings.

Sophie and Gray’s meeting touches off a series of events that begins to unravel secrets about each of them. And after the king’s closest advisor pays the professor a closed-door visit, they begin to wonder if what Gray witnessed in Oxford might be even more sinister than it seemed. They are determined to find out, no matter the cost…

Sylvia Izzo Hunter: Sylvia Izzo Hunter is the author of The Midnight Queen. She was born in Calgary, Alberta, but now lives in Toronto with her husband and daughter and their slightly out-of-control collections of books, comics, and DVDs. When not writing, she works in scholarly journal publishing, sings in two choirs, reads as much as possible, knits hats, and engages in experimental baking. Her favorite Doctor is Tom Baker, her favorite pasta shape is rotini, and her favorite Beethoven symphony is the Seventh.