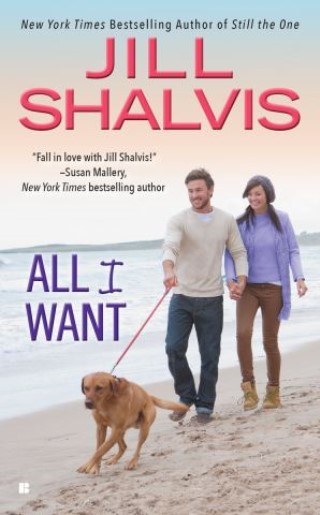 Fall for the small town where the sky is the limit when it comes to love in this Animal Magnetism novel from New York Times bestselling author Jill Shalvis.

Pilot-for-hire Zoe Stone is happy to call Sunshine, Idaho, her home base. But her quiet life is thrown for a loop when her brother’s friend Parker comes to stay with her for a week. The U.S. Fish and Wildlife special agent is a handsome flirt with a gift for getting under her skin. And the situation only escalates when Parker hires her to fly him around the area while he collects evidence on a suspected smuggler.

Now she has to live and work with the guy. But when they’re in the air, she sees another side of him. He’s driven, focused, and sharp. And while he enjoys giving commentary on her blind dates, she quickly realizes with a shock that it’s Parker who gets her engines going...

Jill Shalvis: Jill Shalvis is the New York Times bestselling author of several popular series including the Heartbreaker Bay series, the Animal Magnetism series, the Lucky Harbor series, the Wilders series, and the Sky High series. Her baseball-themed romances include Slow Heat and Double Play, and she also appears in anthologies such as He’s The One.