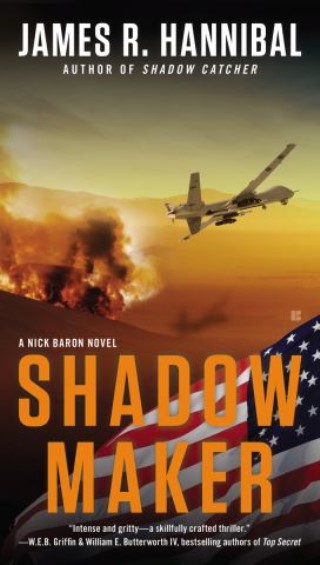 How far will collateral damage from a CIA drone strike reach?

When a suicide bomber shatters the peace of a winter afternoon on the National Mall in Washington, D.C., former pilot and undercover Cerberus operative Nick Baron receives an eerie invitation from the chess app on his phone—a mysterious figure named The Emissary wants to play.

Nick and his covert unit—the Triple Seven Chase team—soon find themselves drawn into battle against an unknown opponent who has resurrected an ancient order of assassins: the legendary Hashashin. And there is a long-awaited prophecy being fulfilled by a series of violent attacks which may culminate in a final apocalypse over Jerusalem.

As the Triple Seven fight to stop each attack, Nick tries to keep The Emissary on the hook by playing their digital chess game. The lines between the game and the fight begin to blur, as every time Nick loses a piece on the board, he loses one of his men. And if Nick cannot find a way to stop the terrorist mastermind, a checkmate may kill millions…

James R. Hannibal: James R. Hannibal (Lt. Col., USAF Reserve), is  the author of Shadow Catcher and Wraith. He is a graduate of the U.S. Air Force Academy who has flown the A-10 Warthog, the MQ-1 Predator drone, and the top secret B-2 Stealth Bomber, totaling over a thousand combat and combat support hours. He regularly reviews terrorism-related nonfiction for the New York Journal of Books.