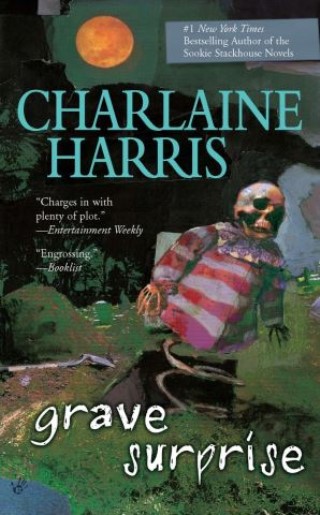 Psychic sleuth Harper Connelly travels to Memphis and ends up involved in a case of murder times three in this mystery from #1 New York Times bestselling author Charlaine Harris.

At the request of anthropology professor Clyde Nunley, Harper and her stepbrother Tolliver come to Memphis, Tennessee, to demonstrate her unique talent—in an old cemetery. Nunley is skeptical, even after Harper senses—and finds—two bodies in the grave beneath her feet. One of a man centuries-dead. The other, a young girl, recently deceased, whom Harper had once tried, and failed, to locate. But Harper’s new investigation into the crime yields yet another surprise: the next morning, a third body is found—in the very same grave...

Charlaine Harris: Charlaine Harris is the #1 New York Times bestselling author of the Sookie Stackhouse and Midnight, Texas, fantasy/mystery series and the Aurora Teagarden, Harper Connelly, and Lily Bard mystery series. Her books have inspired HBO’s True Blood, NBC’s Midnight, Texas, and the Aurora Teagarden movies for Hallmark Movies & Mysteries. She has lived in the South her entire life.