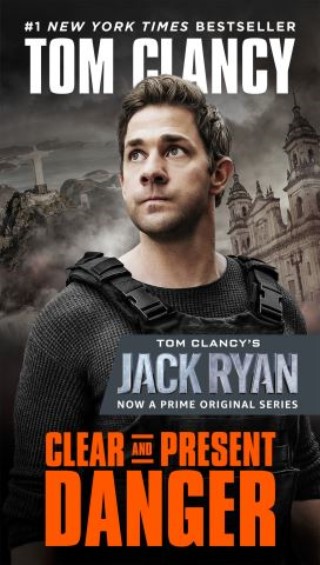 In this #1 New York Times bestselling thriller from Tom Clancy, Jack Ryan gets caught in a war between the United States and a Colombian drug cartel and uncovers a shocking conspiracy.

When Colombian drug lords assassinate both the U.S. ambassador and the visiting head of the FBI, their actions trigger a covert response from the American government—a response that goes horribly wrong...

As the newly named Deputy Director of Intelligence for the CIA, Jack Ryan should be privy to operations like the one in Colombia, but he’s been left completely in the dark. With the help of field officer John Clark, Ryan intends to find out what’s really going on. But while they expect danger from without, the greatest threat of all may come from within.

Tom Clancy: A little more than thirty years ago Tom Clancy was a Maryland insurance broker with a passion for naval history. Years before, he had been an English major at Baltimore’s Loyola College and had always dreamed of writing a novel. His first effort, The Hunt for Red October—the first of the phenomenally successful Jack Ryan novels—sold briskly as a result of rave reviews, then catapulted onto the New York Times bestseller list after President Reagan pronounced it “the perfect yarn.” From that day forward, Clancy established himself as an undisputed master at blending exceptional realism and authenticity, intricate plotting, and razor-sharp suspense. He passed away in October 2013.