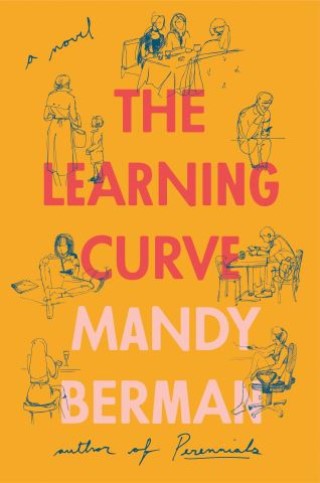 How are young women supposed to see each other clearly when they can't even see themselves? This razor-sharp novel “perfectly captures [the] power dynamics and identity issues that . . . women are forced to face.”—Marie Claire (Best Books of the Year)

Fiona and Liv are seniors at Buchanan College, a small liberal arts school in rural Pennsylvania. Fiona, who is still struggling emotionally after the death of her younger sister, is spending her final college year sleeping with abrasive men she meets in bars. Liv is happily coupled and on the fast track to marriage with an all-American frat boy. Both of their journeys, and their friendship, will be derailed by the relationships they develop with Oliver Ash, a ruggedly good-looking visiting literature professor whose first novel was published to great success when he was twenty-six.

But now Oliver is in his early forties, with thinning hair and a checkered past, including talk of a relationship with an underage woman—a former student—at a previous teaching job. Meanwhile, Oliver’s wife, Simone, is pursuing an academic research project in Berlin, raising their five-year-old son, dealing with her husband’s absence, and wondering if their marriage is beyond repair.

This sly, stunning, wise-beyond-its-years novel is told from the perspectives of the three women and showcases Mandy Berman’s talent for exploring the complexities of desire, friendship, identity, and power dynamics in the contemporary moment.

Praise for The Learning Curve

“Readers expecting a typical love triangle won’t find one. Instead, Berman delivers a thorough and incredibly timely investigation into relationship power imbalances that’s sure to start a lot of conversations.”—The Millions

“Fiona and Liv are two best friends who became inseparable after Fiona experienced a family tragedy. Senior year of college, their lives are headed in different directions, and their differences are only highlighted by the sudden arrival of famed writer and controversial figure Oliver Ash. It’s not what you think—at least, not entirely. This novel, through different perspectives, explores loss, grief, sex, friendship, power dynamics, and much more.”—Betches

“You win some, you learn some. The Learning Curve by Mandy Berman follows two roommates who develop relationships with a visiting professor with a questionable past. Spoiler: things get complicated.”—The Skimm

Mandy Berman: Mandy Berman is the author of Perennials and The Learning Curve. Her writing has been published in The New York Times, Time, and Poets & Writers. She teaches creative writing at Montclair State University and Manhattanville College, and lives in Brooklyn.