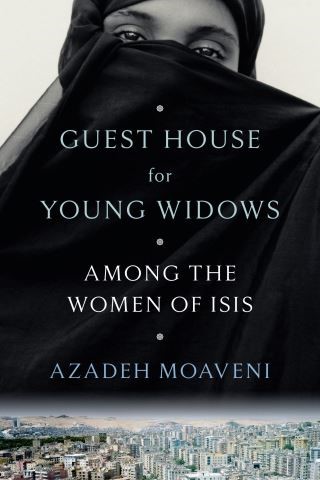 Among the Women of ISIS

A gripping account of thirteen women who joined, endured, and, in some cases, escaped life in the Islamic State—based on years of immersive reporting by a Pulitzer Prize finalist.

Among the many books trying to understand the terrifying rise of ISIS, none has given voice to the women in the organization; but women were essential to the establishment of Abu Bakr al-Baghdadi’s caliphate.

Responding to promises of female empowerment and social justice, and calls to aid the plight of fellow Muslims in Syria, thousands of women emigrated from the United States and Europe, Russia and Central Asia, from across North Africa and the rest of the Middle East to join the Islamic State. These were the educated daughters of diplomats, trainee doctors, teenagers with straight-A averages, as well as working-class drifters and desolate housewives, and they joined forces to set up makeshift clinics and schools for the Islamic homeland they’d envisioned. Guest House for Young Widows charts the different ways women were recruited, inspired, or compelled to join the militants. Emma from Hamburg, Sharmeena and three high school friends from London, and Nour, a religious dropout from Tunis: All found rebellion or community in political Islam and fell prey to sophisticated propaganda that promised them a cosmopolitan adventure and a chance to forge an ideal Islamic community in which they could live devoutly without fear of stigma or repression.

It wasn’t long before the militants exposed themselves as little more than violent criminals,more obsessed with power than the tenets of Islam, and the women of ISIS were stripped of any agency, perpetually widowed and remarried, and ultimately trapped in a brutal, lawless society. The fall of the caliphate only brought new challenges to women no state wanted to reclaim.

Azadeh Moaveni’s exquisite sensitivity and rigorous reporting make these forgotten women indelible and illuminate the turbulent politics that set them on their paths.

Azadeh Moaveni: Azadeh Moaveni is a journalist, writer, and academic who has been covering the Middle East for nearly two decades. She started reporting in Cairo in 1999 while on a Fulbright fellowship to the American University in Cairo. For the next several years she reported from throughout the region as Middle East correspondent for Time magazine, based in Tehran, and covered Lebanon, Syria, Egypt and Iraq. She is the author of Lipstick Jihad, Honeymoon in Tehran, and co-author, with Shirin Ebadi, of Iran Awakening. In November 2015, she published a front-page piece in The New York Times on ISIS women defectors that was a Pulitzer Prize finalist as part of the Times’s ISIS coverage. Her writing appears in The Guardian, The New York Times, and The London Review of Books. She teaches journalism at NYU in London, is a fellow at the New America foundation, and is now senior gender analyst at the International Crisis Group.