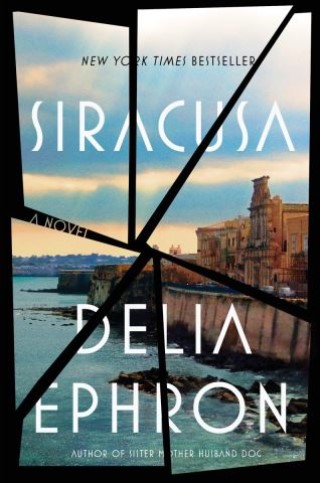 An electrifying New York Times bestselling novel about marriage and deceit that follows two couples on vacation in Siracusa, a town on the coast of Sicily, where the secrets they have hidden from one another are exposed and relationships are unraveled.

With her inimitable psychological astuteness and uncanny understanding of the human heart, Ephron delivers a powerful meditation on marriage, friendship, and the meaning of travel. Set on the sun-drenched coast of the Ionian Sea, Siracusa unfolds with the pacing of a psychological thriller and delivers an unexpected final act that none will see coming.

Delia Ephron: Delia Ephron is a bestselling author and screenwriter. She has written novels, including The Lion Is In and Hanging Up; humor books for all ages, including How to Eat Like a Child and Do I Have to Say Hello?; and nonfiction, most recently Sister Mother Husband Dog (etc.). Her films include You’ve Got Mail, The Sisterhood of the Traveling Pants, Hanging Up (based on her novel), and Michael. Her journalism has appeared in The New York Times, O: The Oprah Magazine, Vogue, and Vanity Fair. Her hit play Love, Loss, and What I Wore (co-written with Nora Ephron) ran for more than two years off-Broadway and has been performed all over the world. She lives in New York City.