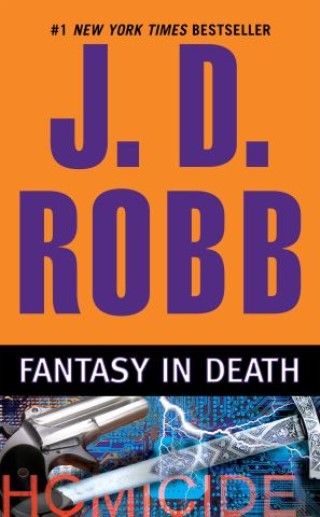 In this thriller in the #1 New York Times bestselling In Death series, it's game over for the criminals who cross Lieutenant Eve Dallas as she investigates the murder of a virtual reality wunderkind.

Bart Minnock, founder of the computer gaming giant U-Play, is found in his locked private playroom, in a pool of blood, his head separated from his body. Despite his violent end, Eve can’t find anyone—girlfriend and business partners included—who seemed to have a problem with the enthusiastic, high-spirited millionaire.

Of course gaming, like any business, has its fierce rivalries and dirty tricks—as Eve’s husband, Roarke, one of U-Play’s competitors, knows well. But Minnock was not naïve, and he knew how to fight back in the real world as well as the virtual one.

Eve and her team are about to enter the next level of police work, in a world where fantasy is the ultimate seduction—and the price of defeat is death...

J. D. Robb: J. D. Robb is the pseudonym for a #1 New York Times bestselling author of more than 200 novels, including the bestselling In Death series. There are more than 500 million copies of her books in print.