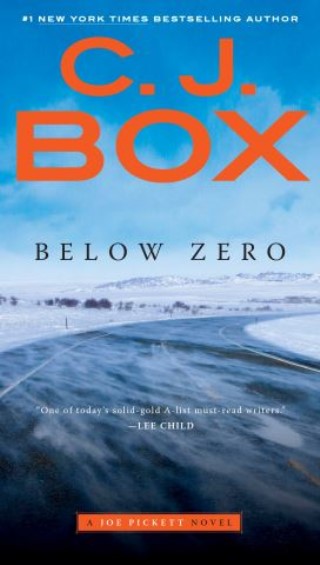 In this thriller in the #1 New York Times bestselling series, a voice from the past has a chilling effect on Wyoming game warden Joe Pickett and his family...

Six years ago, Joe Pickett's foster daughter, April, was murdered. Now, someone is leaving phone messages claiming to be the dead girl. As his family struggles with the disturbing event, he discovers that the calls have been placed from locations where serious environmental crimes have occurred. And as the phone calls grow closer, so does the danger...

C. J. Box: C. J. Box is the #1 New York Times bestselling author of the Joe Pickett series, five stand-alone novels, and the story collection Shots Fired. He has won the Edgar, Anthony, Macavity, Gumshoe, and two Barry awards, as well as the French Prix Calibre .38 and a French Elle magazine literary award. His books have been translated into twenty-seven languages. He and his wife Laurie split their time between their home and ranch in Wyoming.