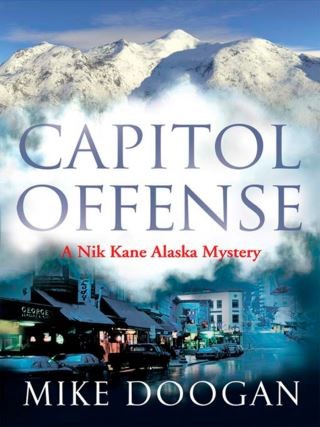 “Nik Kane is an old-school gumshoe with classic attributes: former cop, aging but still virile, estranged from family, strong sense of honor, traumatic incident in past, has problems avoiding both the drink and guys with guns. It’s a pleasure to see the archetype done so well.”—The Seattle Times

A beautiful young woman is found strangled, lying at the feet of gifted young legislator Matthew Hope. Before this, he was the most promising Alaska Native politician in the state. Now he’s facing serious time and not talking to anyone.

In desperation, a mysterious, wealthy patron of Hope’s hires Nik Kane, disgraced ex-cop, to investigate the crime. Hope can’t account for the time leading up to the discovery of him with the body, and forensic evidence doesn’t indicate any other suspects. But the deeper Kane probes, the more he discovers a political culture corrupted by the influence of oil and big money—and a secret so great he may have to pay for it with something more precious than his soul.