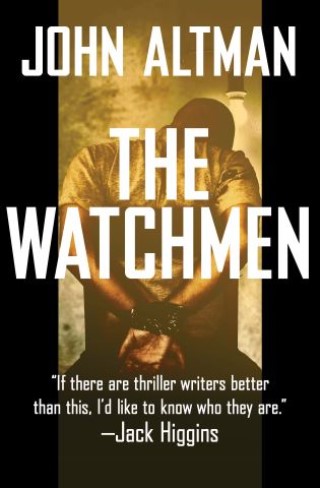 In a CIA safe house, a reluctant interrogator and his subject find that they are the next targets on a ruthless assassin’s hit list

Psychiatrist Louis Finney is still haunted by nightmares stemming from the work in mind control and psychological conditioning he helped to pioneer for the US government years ago. But when he is asked by his dying mentor to help with the questioning of Ali Zattout, an al-Qaeda operative, Finney finds he cannot refuse.

Charismatic, intelligent, and unexpectedly cooperative, Zattout possesses information his masters in the Middle East cannot allow him to reveal. As Finney tries to determine if the terrorist is telling the truth or spinning a web of lies, a relentless killer closes in on the secret location where the two men are trapped together. Too late, Finney realizes that he is a pawn in a conspiracy whose dimensions stretch deep into the corridors of power.

A provocative suspense story that peers into the dark corners of the war on terror, John Altman’s The Watchmen depicts the murky world of twenty-first-century espionage with thrilling style and fascinating psychological depth.

John Altman:
John Altman is the author of thrillers including A Gathering of Spies, A Game of Spies, Deception, The Watchmen, The Art of the Devil, and Disposable Asset, forthcoming in 2015. A graduate of Harvard University, Altman has traveled to every continent, including Antarctica, and has worked as a teacher, musician, and freelance writer. Born in White Plains, New York, he now lives in Princeton, New Jersey, with his family.