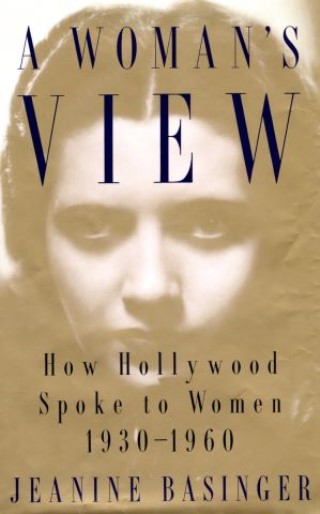 Now, Voyager, Stella Dallas, Leaver Her to Heaven, Imitation of Life, Mildred Pierce, Gilda…these are only a few of the hundreds of “women’s films” that poured out of Hollywood during the thirties, forties, and fifties. The films were widely disparate in subject, sentiment, and technique, they nonetheless shared one dual purpose: to provide the audience (of women, primarily) with temporary liberation into a screen dream—of romance, sexuality, luxury, suffering, or even wickedness—and then send it home reminded of, reassured by, and resigned to the fact that no matter what else she might do, a woman’s most important job was…to be a woman. Now, with boundless knowledge and infectious enthusiasm, Jeanine Basinger illuminates the various surprising and subversive ways in which women’s films delivered their message.

Basinger examines dozens of films, exploring the seemingly intractable contradictions at the convoluted heart of the woman’s genre—among them, the dilemma of the strong and glamorous woman who cedes her power when she feels it threatening her personal happiness, and the self-abnegating woman whose selflessness is not always as “noble” as it appears. Basinger looks at the stars who played these women and helps us understand the qualities—the right off-screen personae, the right on-screen attitudes, the right faces—that made them personify the woman’s film and equipped them to make believable drama or comedy out of the crackpot plots, the conflicting ideas, and the exaggerations of real behavior that characterize these movies.

In each of the films the author discusses—whether melodrama, screwball comedy, musical, film noir, western, or biopic—a woman occupies the center of her particular universe. Her story—in its endless variations of rags to riches, boy meets girl, battle of the sexes, mother love, doomed romance—inevitably sends a highly potent mixed message: Yes, you women belong in your “proper place” (that is, content with the Big Three of the women’s film world—men, marriage, and motherhood), but meanwhile, and paradoxically, see what fun, glamour, and power you can enjoy along the way. A Woman’s View deepens our understanding of the times and circumstances and attitudes out of which these movies were created.

Jeanine Basinger: JEANINE BASINGER is the chair of film studies at Wesleyan University and the curator of the cinema archives there. She has written nine other books on film, including A Woman’s View: How Hollywood Spoke to Women, 1930–1960; Silent Stars, winner of the William K. Everson Film History Award; Anthony Mann; The World War II Combat Film: Anatomy of a Genre; and American Cinema: One Hundred Years of Filmmaking, the companion book for a ten-part PBS series.