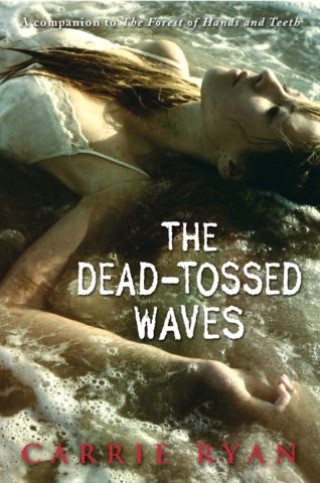 Gabry lives a quiet life. As safe a life as is possible in a town trapped between a forest and the ocean, in a world teeming with the dead, who constantly hunger for those still living. She’s content on her side of the Barrier, happy to let her friends dream of the Dark City up the coast while she watches from the top of her lighthouse. But there are threats the Barrier cannot hold back. Threats like the secrets Gabry’s mother thought she left behind when she escaped from the Sisterhood and the Forest of Hands and Teeth. Like the cult of religious zealots who worship the dead. Like the stranger from the forest who seems to know Gabry. And suddenly, everything is changing. One reckless moment, and half of Gabry’s generation is dead, the other half imprisoned. Now Gabry only knows one thing: she must face the forest of her mother’s past in order to save herself and the one she loves.

CARRIE RYAN is the New York Times bestselling author of The Forest of Hands and Teeth trilogy that includes The Forest of Hands and Teeth, The Dead-Tossed Waves, The Dark and Hollow Places, and the original ebook Hare Moon. She has edited the short story anthology Foretold: 14 Stories of Prophecy and Prediction and contributed to many other story collections herself, including Zombies vs. Unicorns, Kiss Me Deadly, and Enthralled. Her work has been translated into over eighteen languages and her first novel is in production as a major motion picture. Born and raised in Greenville, South Carolina, Carrie is a graduate of Williams College and Duke University School of Law. A former litigator, she now writes full time and lives in Charlotte, North Carolina. Visit her at CarrieRyan.com.