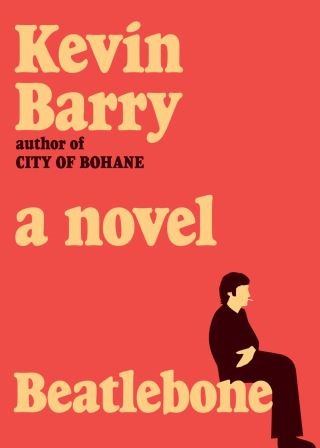 A searing, surreal novel that blends fantasy and reality—and Beatles fandom—from one of literature’s most striking contemporary voices, author of the international sensation City of Bohane

It is 1978, and John Lennon has escaped New York City to try to find the island off the west coast of Ireland he bought eleven years prior. Leaving behind domesticity, his approaching forties, his inability to create, and his memories of his parents, he sets off to calm his unquiet soul in the comfortable silence of isolation. But when he puts himself in the hands of a shape-shifting driver full of Irish charm and dark whimsy, what ensues can only be termed a magical mystery tour.
Beatlebone is a tour de force of language and literary imagination that marries the most improbable elements to the most striking effect. It is a book that only Kevin Barry would attempt, let alone succeed in pulling off—a Hibernian high wire act of courage, nerve, and great beauty.

Kevin Barry: Kevin Barry is the author of the highly acclaimed novel City of Bohane and two short-story collections, Dark Lies the Island and There Are Little Kingdoms. He was awarded the Rooney Prize in 2007 and won the Sunday Times EFG Short Story Award in 2012. For City of Bohane, he was short-listed for the Costa First Novel Award and the Irish Book Award, and won the Author’s Club Best First Novel Prize, the European Union Prize for Literature, and the IMPAC Dublin Literary Award. His short fiction has appeared in The New Yorker and elsewhere. He lives in County Sligo in Ireland.