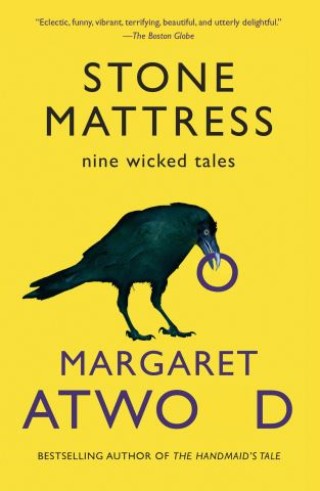 In this extraordinary collection, Margaret Atwood gives us nine unforgettable tales that reveal the grotesque, delightfully wicked facets of humanity. “Alphinland,” the first of three loosely linked tales, introduces us to a fantasy writer who is guided through a stormy winter evening by the voice of her late husband. In “Lusus Naturae,” a young woman, monstrously transformed by a genetic defect, is mistaken for a vampire. And in the title story, a woman who has killed four husbands discovers an opportunity to exact vengeance on the first man who ever wronged her. By turns thrilling, funny, and thought-provoking, Stone Mattress affirms Atwood as our greatest creator of worlds—and as an incisive chronicler of our darkest impulses.

Margaret Atwood: MARGARET ATWOOD, whose work has been published in thirty-five countries, is the author of more than forty books of fiction, poetry, and critical essays. In addition to The Handmaid's Tale, her novels include Cat's Eye, short-listed for the Booker Prize; Alias Grace, which won the Giller Prize in Canada and the Premio Mondello in Italy; The Blind Assassin, winner of the 2000 Booker Prize; Oryx and Crake, short-listed for the 2003 Man Booker Prize; The Year of the Flood; and her most recent, MaddAddam. She is the recipient of the Los Angeles Times Innovator's Award, and lives in Toronto with the writer Graeme Gibson.