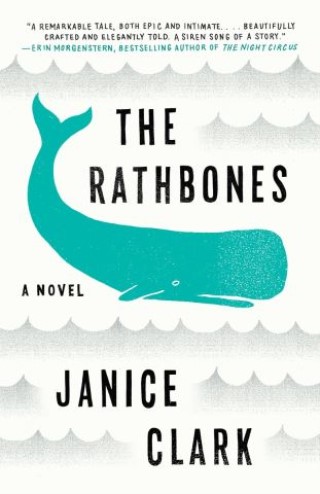 Mercy Rathbone, fifteen years old, is the diminutive scion of the Rathbone clan. Her father, the last in the beleaguered dynasty, has been lost at sea for seven years - ever since the last whale was seen off the coast of Naiwayonk, Connecticut. Mercy's memories of her father grow dimmer each day, and she spends most of her time in the attic hideaway of her reclusive uncle Mordecai, who teaches her the secrets of Greek history and nautical navigation through his collection of specimens and moldering books. But when a strange, violent visitor turns up one night, Mercy and Mordecai are forced to flee the crumbling mansion and set sail on a journey that will bring them deep into the haunted history of the Rathbone family, and the reasons for its undoing.

As Mercy and Mordecai sail from island to island off the Connecticut coast, encountering dangers and mysteries, friends and foes, they untangle the knots of the Rathbone story, discovering secrets long encased in memory.  They learn the history of the family’s founder and patriarch, Moses Rathbone, and the legendary empire he built of ships staffed with the sons of his many, many wives. Sons who stumbled in their father’s shadow, distracted by the arrival of the Stark sisters, a trio of “golden” girls, whose mesmerizing beauty may have sparked the Rathbone’s decline.

From the depths of the sea to the lonely heights of the widow’s walk; from the wisdom of the worn Rathbone wives to the mysterious origins of a sinking island, Mercy and Mordecai’s journey will bring them to places they never thought possible.  But will they piece together a possible future from the mistakes of the past, or is the once great  family’s fate doomed to match that of the whales themselves?

Inspired by The Odyssey by way of Edgar Allan Poe and Moby Dick, The Rathbones is an ambitious, mythic, and courageous tour de force that marks the debut of a dazzling new literary voice.

Janice Clark: Janice Clark is a writer and designer who lives in Chicago. She grew up in Mystic, Connecticut, land of whaling and pizza.