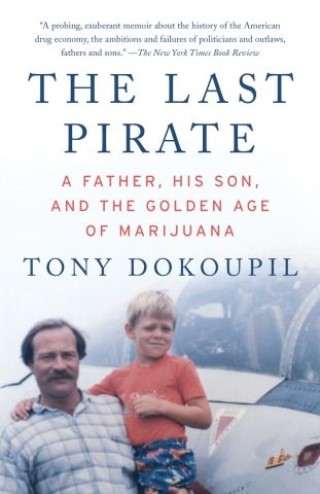 A Father, His Son, and the Golden Age of Marijuana

A haunting and often hilarious memoir of growing up in 80s Miami as the son of Big Tony, a flawless model of the great American pot baron.

To his fellow smugglers, Anthony Edward Dokoupil was the Old Man. He ran stateside operations for one of the largest marijuana rings of the twentieth century. In all they sold hundreds of thousands of pounds of marijuana, and Big Tony distributed at least fifty tons of it. To his son he was a rambling man who was also somehow a present father, a self-destructive addict who ruined everything but affection. Here Tony Dokoupil blends superb reportage with searing personal memories, presenting a probing chronicle of pot-smoking, drug-taking America from the perspective of the generation that grew up in the aftermath of the Great Stoned Age.

Tony Dokoupil is a Senior Writer for NBC News. He holds a masters degree in American Studies from Columbia University, and lives in Brooklyn with his family.