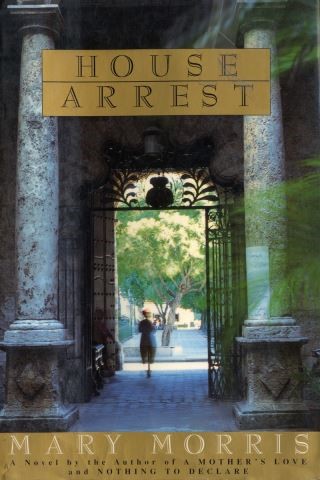 In superbly crafted prose, Mary Morris captures the drama—and danger—in the everyday and on the road.  In her novels, short stories, and travel memoirs, including the acclaimed Nothing to Declare, Morris has dazzled us with her command of location—rendering the unfamiliar places that are not home, the shadowy terrain of memory and love.  Returning to the Latin America she knows so well, Morris tells the gripping tale of two women from different cultures whose lives intersect at a point that promises freedom to one and disaster to the other.
Maggie Conover, a travel writer on assignment in the Caribbean island nation known as la isla, is being held in detention, restricted to her hotel.  The authorities are interested in her friendship with Isabel Calderón, the fiery daughter of the island’s revolutionary leader.  Maggie met Isabel on a previous visit and was struck by her independence, her disgust for her father, and her intense longing to escape.  Now Isabel has disappeared, and Maggie is suspected of knowing her whereabouts.
As Maggie is interrogated, bullied, and brought to a fever pitch of anxiety, she recalls Isabel’s courage, her own troubled past, and her conflicted feelings for her husband and father.  Maggie’s struggle with her fear of confinement and need for flight brings the novel to a climax of rich psychological complexity.
Mary Morris captures the terror at the heart of this ordeal with the same subtlety that she uses to probe the complicate relationship between Maggie and Isabel.  Suspenseful, yet finely textured, House Arrest is a tour de force of political and personal intrigue.

Mary Morris: Mary Morris is the author of three previous novels (Crossroads, The Waiting Room, and A Mother’s Love), two story collections (Vanishing Animals and The Bus of Dreams), and two memoirs of a woman traveling along (Nothing to Declare and Wall to Wall).  She lives in Brooklyn, New York, with her husband and nine-year-old daughter.