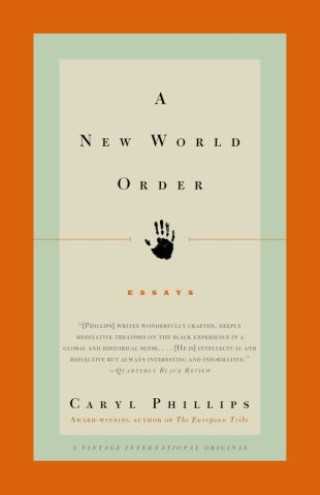 The Africa of his ancestry, the Caribbean of his birth, the Britain of his upbringing, and the United States where he now lives are the focal points of award-winning writer Caryl Phillips’ profound inquiry into evolving notions of home, identity, and belonging in an increasingly international society.
At once deeply reflective and coolly prescient, A New World Order charts the psychological frontiers of our ever-changing world. Through personal and literary encounters, Phillips probes the meaning of cultural dislocation, measuring the distinguishing features of our identities–geographic, racial, national, religious–against the amalgamating effects of globalization. In the work of writers such as V. S. Naipaul, James Baldwin, and Zadie Smith, cultural figures such as Steven Spielberg, Linton Kwesi Johnson, and Marvin Gaye, and in his own experiences, Phillips detects the erosion of cultural boundaries and amasses startling and poignant insights on whether there can be an answer anymore to the question “Where are you from?” The result is an illuminating–and powerfully relevant–account of identity from an exceedingly perceptive citizen of the world.