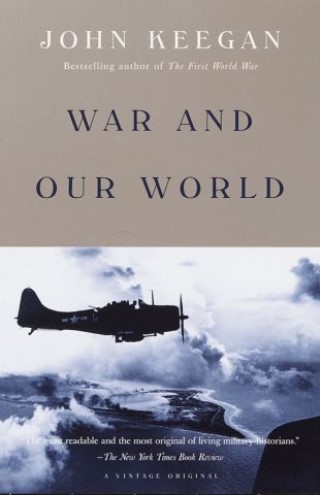 War and Our World

John Keegan, widely considered the greatest military historian of our time and the author of acclaimed volumes on ancient and modern warfare--including, most recently, The First World War, a national bestseller--distills what he knows about the why’s and how’s of armed conflict into a series of brilliantly concise essays.

Is war a natural condition of humankind? What are the origins of war? Is the modern state dependent on warfare? How does war affect the individual, combatant or noncombatant? Can there be an end to war? Keegan addresses these questions with a breathtaking knowledge of history and the many other disciplines that have attempted to explain the phenomenon. The themes Keegan concentrates on in this short volume are essential to our understanding of why war remains the single greatest affliction of humanity in the twenty-first century, surpassing famine and disease, its traditional companions.

John Keegan: John Keegan’s books include The Iraq War, Intelligence in War, The First World War, The Battle for History, The Face of Battle, War and Our World, The Masks of Command, Fields of Battle, and A History of Warfare. He was the defense editor of The Daily Telegraph (London). He lived in Wiltshire, England, until his death in 2012.