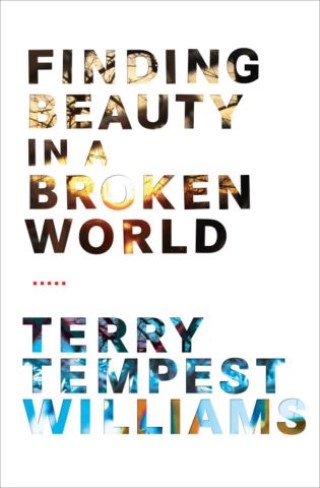 Finding Beauty in a Broken World

"Shards of glass can cut and wound or magnify a vision," Terry Tempest Williams tells us. "Mosaic celebrates brokenness and the beauty of being brought together." Ranging from Ravenna, Italy, where she learns the ancient art of mosaic, to the American Southwest, where she observes prairie dogs on the brink of extinction, to a small village in Rwanda where she joins genocide survivors to build a memorial from the rubble of war, Williams searches for meaning and community in an era of physical and spiritual fragmentation.

In her compassionate meditation on how nature and humans both collide and connect, Williams affirms a reverence for all life, and constructs a narrative of hopeful acts, taking that which is broken and creating something whole.

Terry Tempest Williams: Terry Tempest Williams is the award-winning author of fifteen books, including Refuge: An Unnatural History of Family and Place, Finding Beauty in a Broken World, When Women Were Birds, and, most recently, The Hour of Land. Her work has been widely anthologized around the world. She lives in Castle Valley, Utah, with her husband, Brooke Williams.