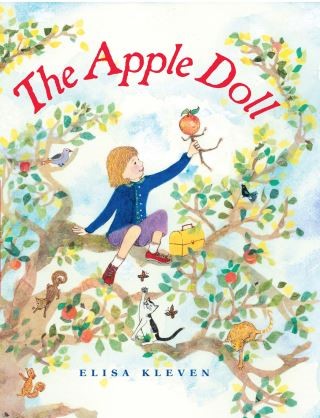 Lizzy loves the big apple tree in her yard more than anything. So when the first day of school comes, she picks a beautiful apple, turns it into a makeshift doll she names Susanna, and takes it along to keep her company. But her teacher tells her that dolls aren't allowed at school. Even worse, her sister says that Susanna won't last forever. Then Lizzy's mom shows her a way to turn Susanna into a real apple doll. And with the help of Susanna the Apple Doll, Lizzy overcomes her shyness at school and makes plenty of new friends to bring home to play in her beloved apple tree.

Detailed, delightful collage illustrations accompany this sweet story about one girl's success in bringing together her home world and her school world. Instructions for making an apple doll just like Susanna are included!

ELISA KLEVEN has written and illustrated many books for children, including The Wishing Ball. She lives in Albany, California.

ELISA KLEVEN has written and illustrated many books for children, including The Wishing Ball. She lives in Albany, California.